What you need to know about teens & vaping

Health officials are reporting an outbreak of serious vaping-related lung disease which has led to hospitalizations and deaths; half of the cases or deaths reported were patients under 24 years of age. Vaping marijuana seems to be the cause, particularly from informal sources like friends, family or in-person or online dealers.

Experts recommend no vaping or e-cigarette use while these illnesses are being investigated. 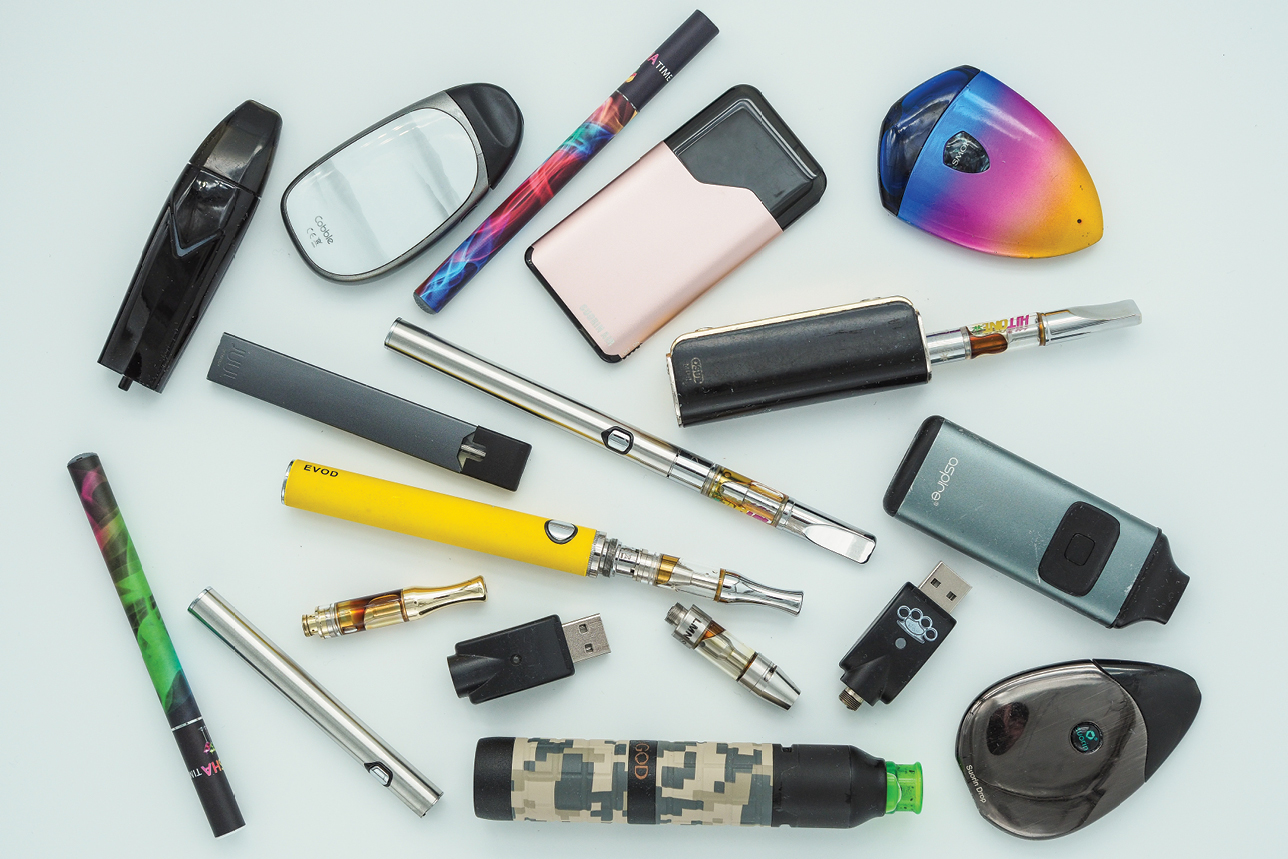 Many teens are using pocket-size vape devices or e-cigarettes at home or school. Vaping produces an aerosol, often mistaken for water vapor. The vapes are often odorless and quickly heat to dispense nicotine, flavored liquids or high-potency THC (cannabis or marijuana). 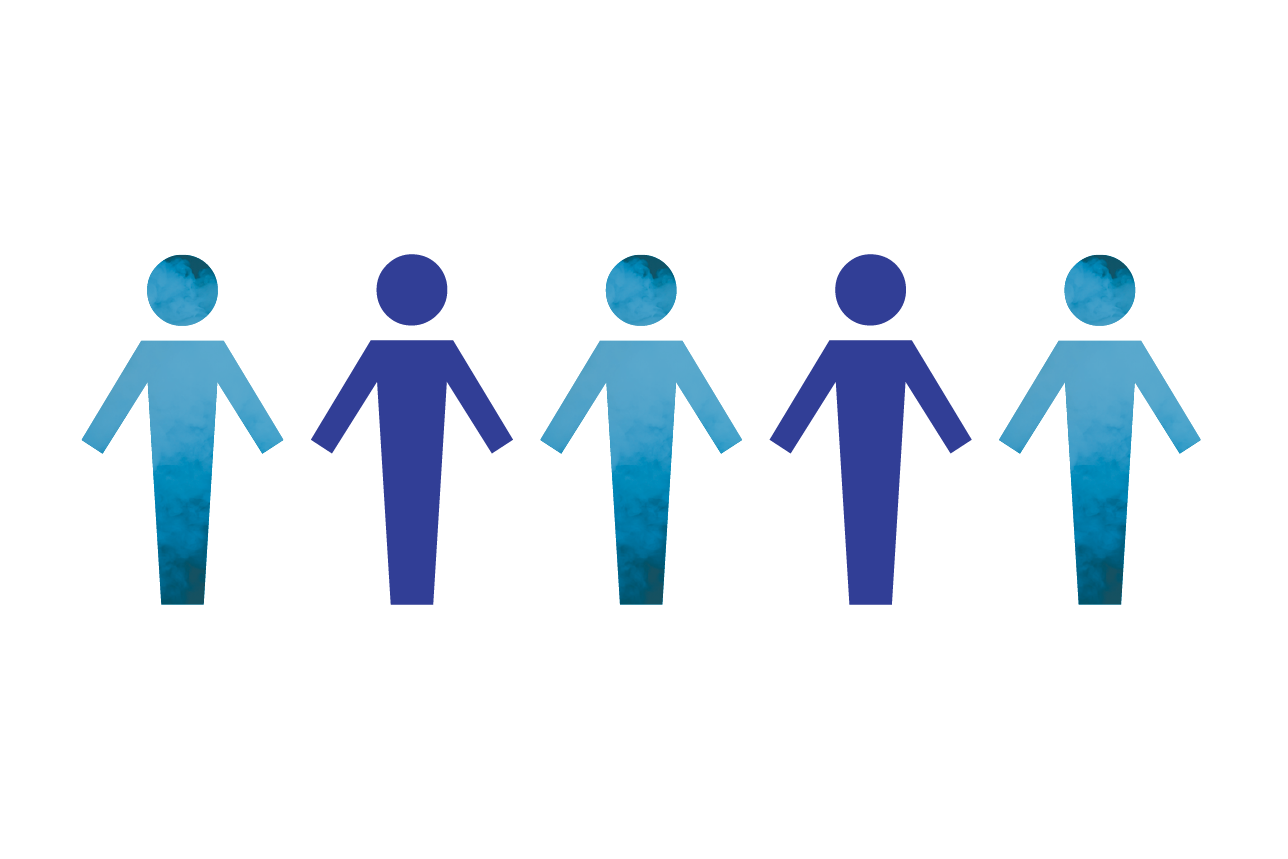 3 out of 5 of 9th grade students said they feel obtaining vape devices is easy.

Vaping in our schools 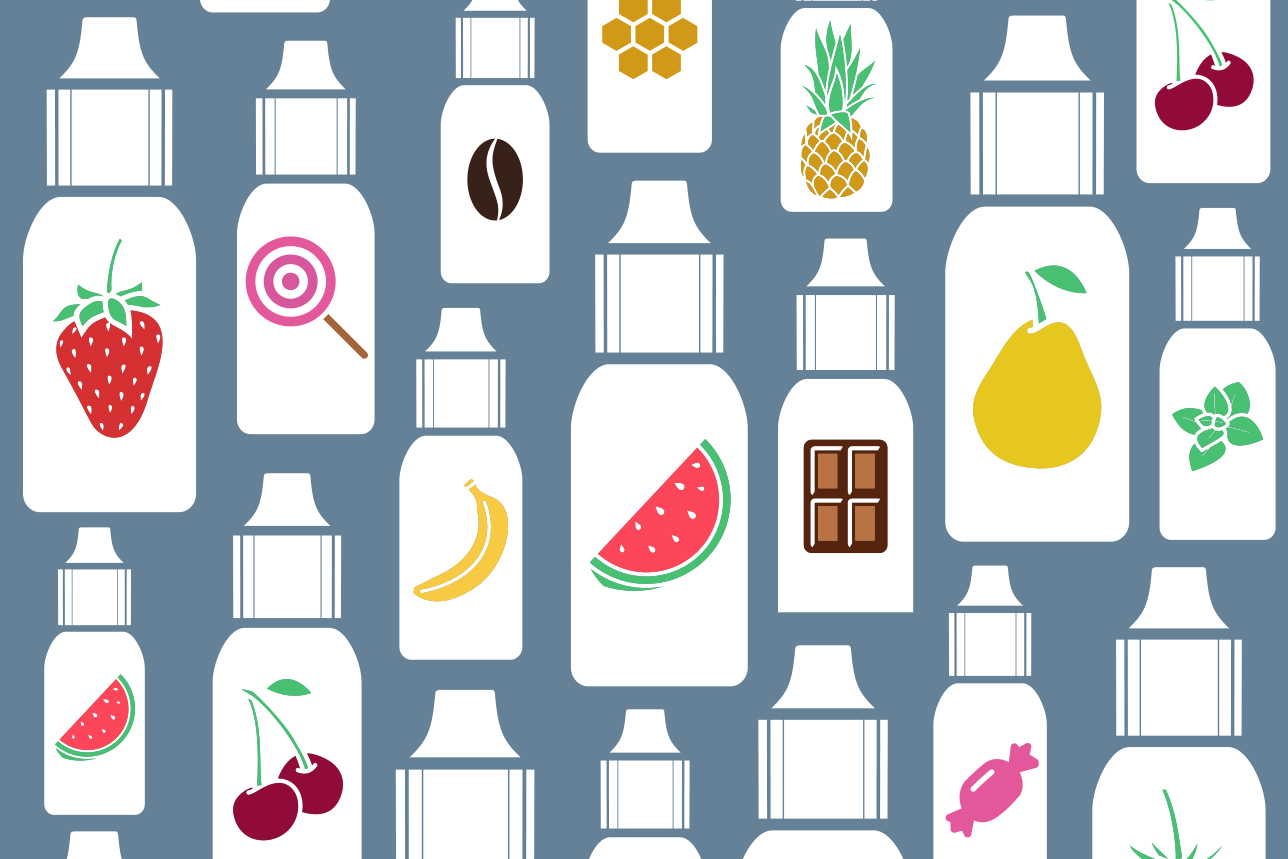 Teens are the Target

A Stanford study found that vaping ads have been widely promoted on the social media platforms teens use, and spread via #hashtags and paid social media influencers.

Source:  “JUUL Advertising Over its First Three Years on the Market,” Stanford University School of Medicine 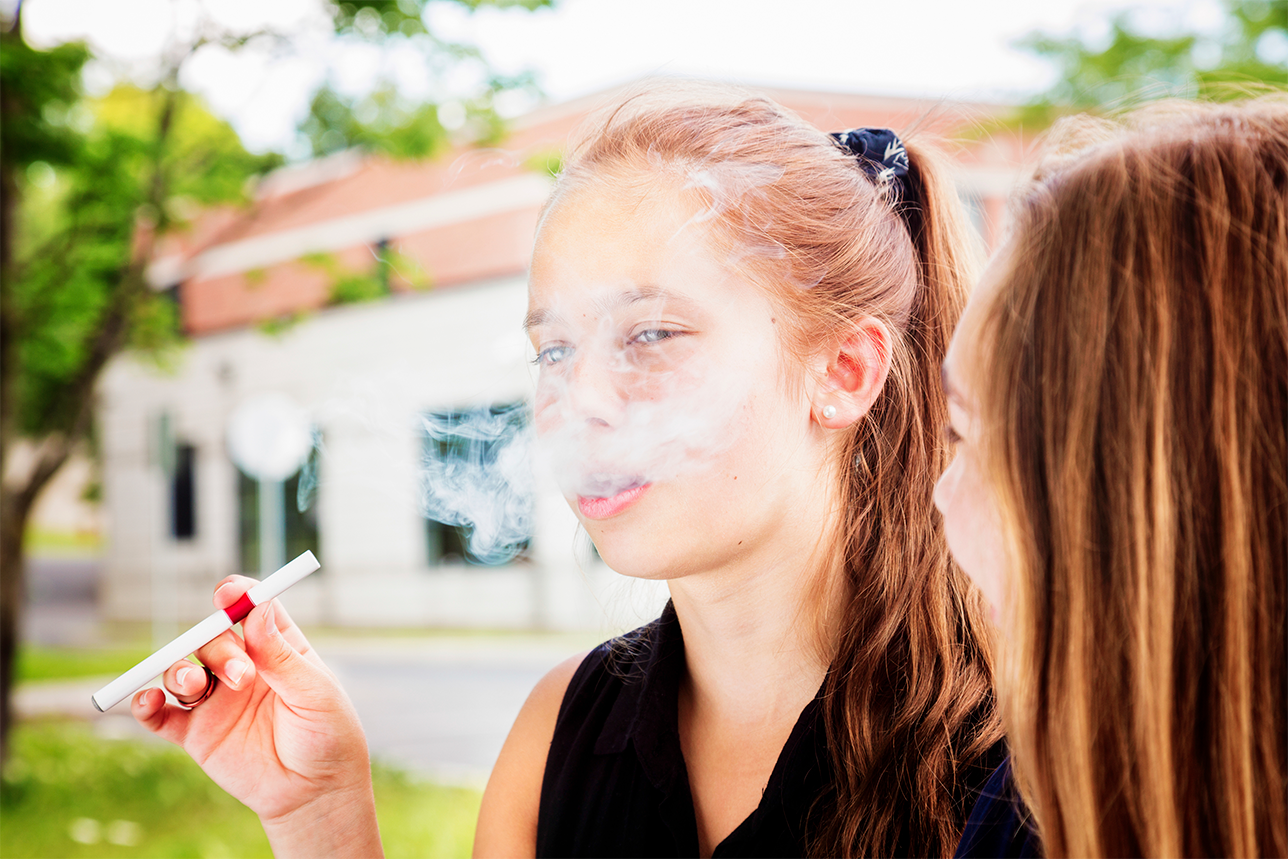 Did you know? Nicotine is as addictive as heroin.

Not safer than smoking

Nicotine is highly addictive and can harm brain development. It contributes to problems with concentration, learning, and impulse control.

Vaping products are largely unregulated. In a recent study, vape juices advertised as having zero nicotine were tested, and over 90% of them contained up to 24% nicotine. 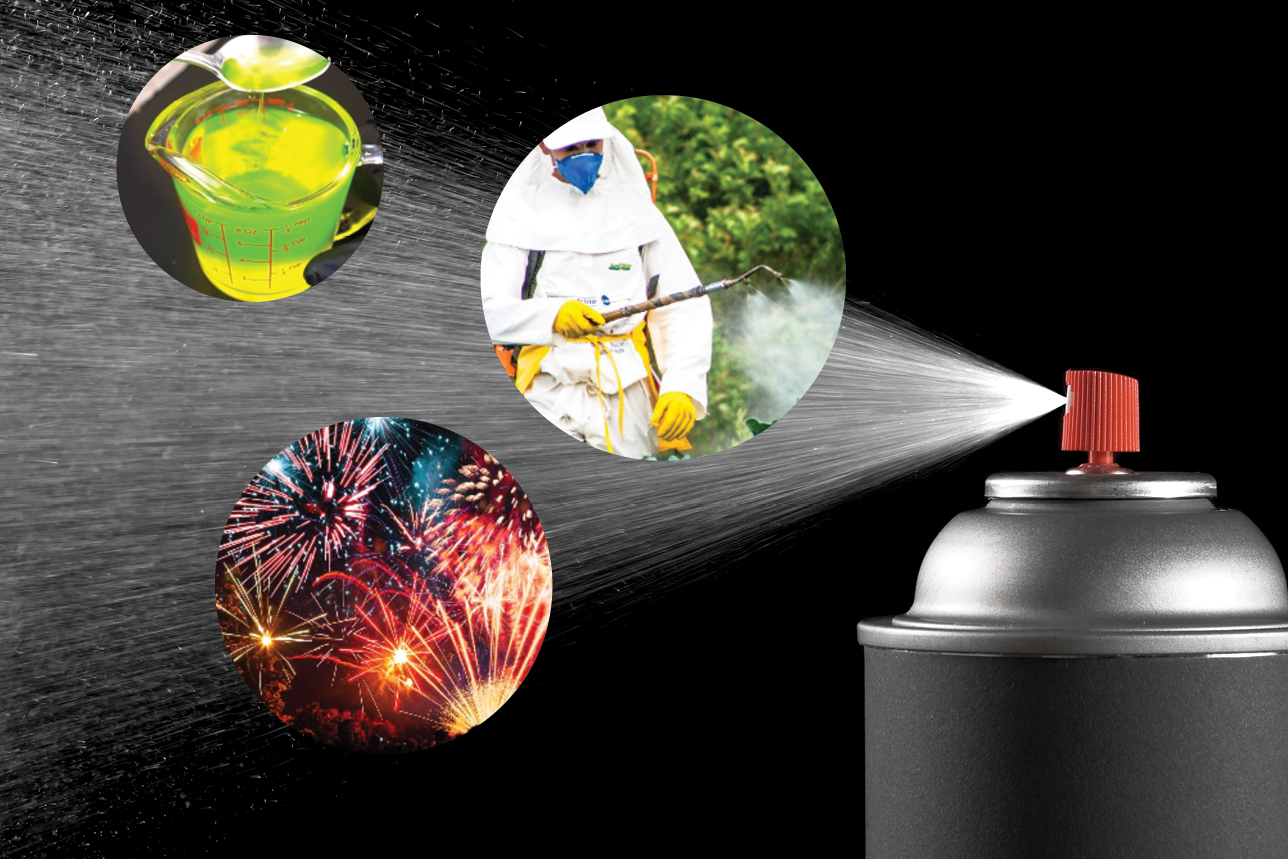 The cloud is not water vapor, it's an aerosol with liquid particles suspended in it.

The cloud is aerosol, not water vapor

Aerosol, like hairspray, leaves a residue on surfaces including people’s lungs. Some of the chemicals found in vape aerosols include those used for: 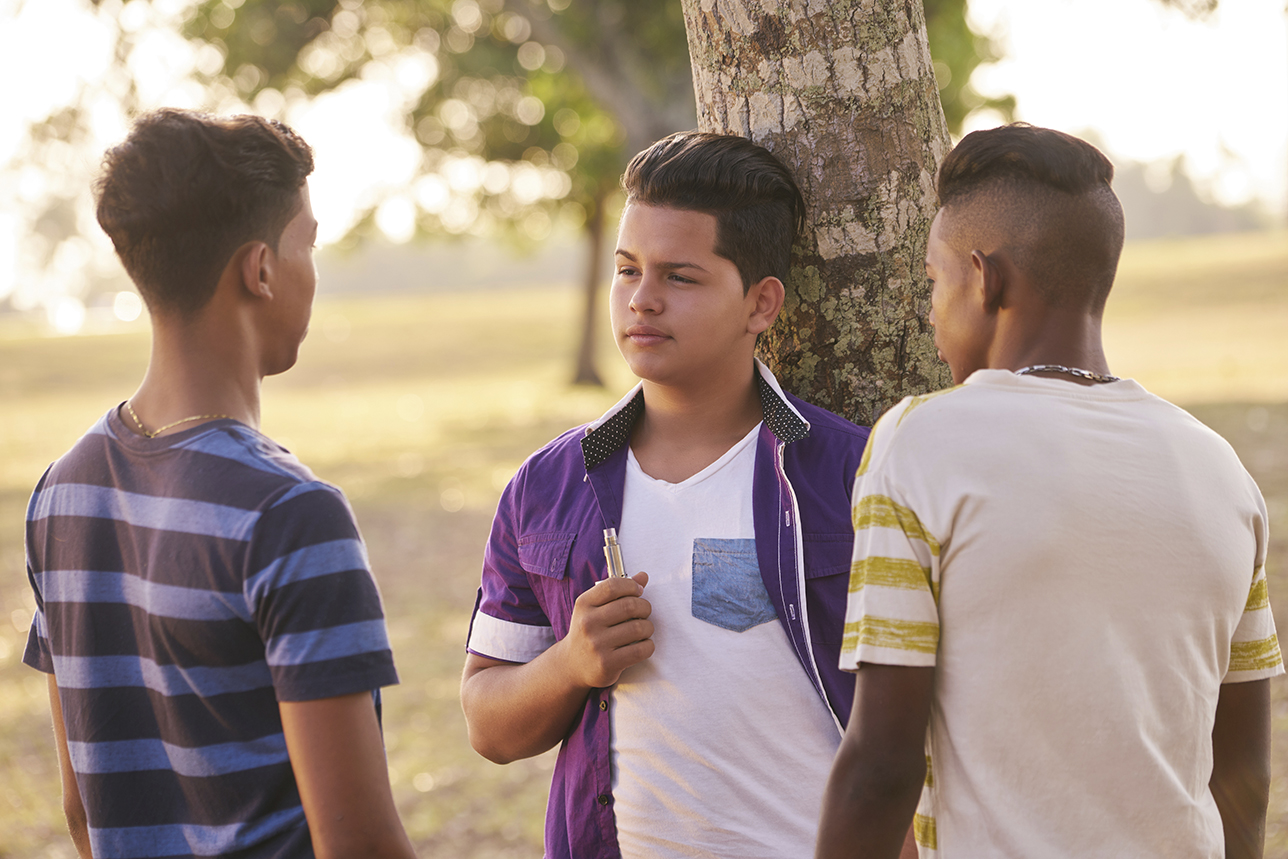 Heavy marijuana use by teens may permanently lower IQ up to 8 points.

THC is the main mood-altering ingredient in marijuana (cannabis). The extracts or concentrates used in vaping marijuana are extremely potent – between 50% and 90% THC.

Cannabis use can have long-lasting or permanent effects on the developing adolescent brain. It contributes to decreased problem-solving skills, reduced attention span, and poor memory. This can lead to a decline in school performance.
‍

Know what to look for. 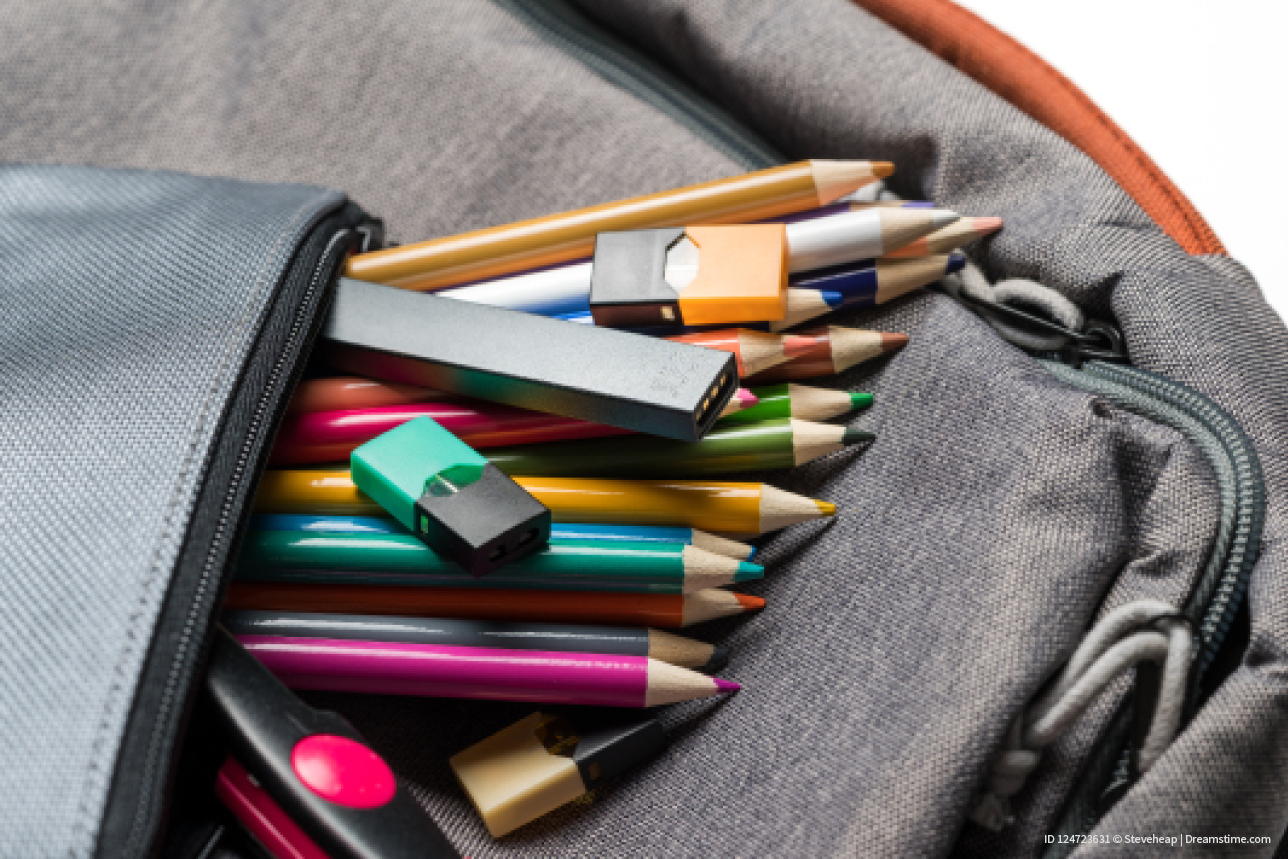 Signs your child may be vaping

For help to stop vaping, call:

For help with marijuana, call:

Thanks! You'll be the first to know.

Oops! Something went wrong while submitting the form. :(

Check out the news blog >